A Barrel of No Fun 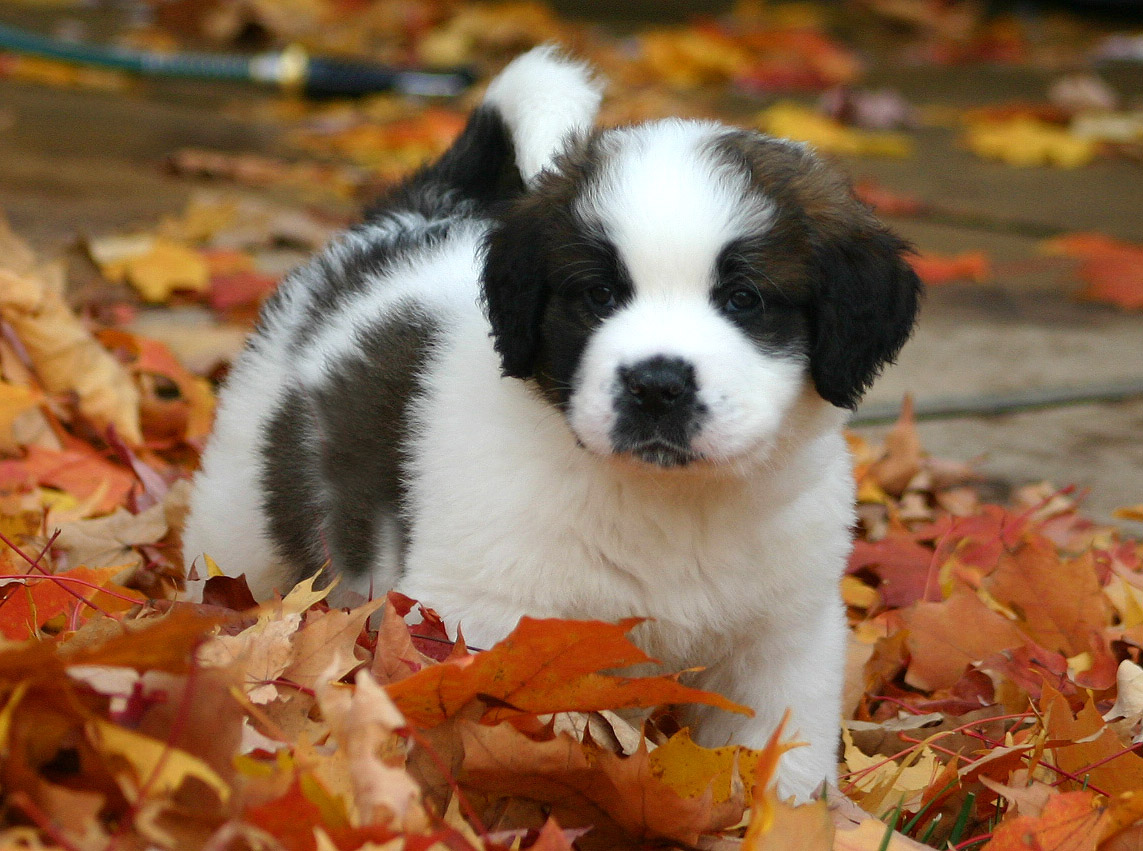 Several years ago, I saw a St. Bernard puppy named Barrel.  Now, this wasn’t his actual name.  His name has been changed to maintain patient anonymity.  Mostly because this was several years ago and I no longer have any contact with the dog to ask him if it’s all right to use his name and or likeness in a story.

I chose Barrel because I was (and continue to be… never you mind) an avid cartoon fan.  It’s pretty cliché for St. Bernards to always be drawn with a barrel hanging around their neck.  These dogs are named after Bernard of Menthon who built a lodge for travelers high in the Alps between Italy and Switzerland, which was run by monks.  These same monks ran search and rescue for anyone who may have gotten lost in the mountainous wilderness.  They eventually trained dogs to help them and the St. Bernard is descended from these dogs.

However, the barrels were never really used.  Sorry to burst your barrel… I mean bubble.  It was solely invented by a teenaged artist in the original cartoons, oil paintings of the Romantic period.  Edwin Landseer in Alpine Mastiffs Reanimating a Distressed Traveler, painted a supposedly brandy-filled barrel around one of the dog’s neck.[vc_single_image image=”3840″ alignment=”center”]Scientifically, drinking alcohol in cold weather would be very detrimental to your health.  Alcohol causes vasodilation, the widening of blood vessels, which in turn would increase the flush of warm blood to the surface of your skin where it could be more easily cooled by the surrounding wintery conditions.  Basically, it would decrease your body to dangerously low temperatures.  Although, when have you really seen cartoons meet up with current science?  Except for the fact that you would not fall off a cliff until you looked down.  That one’s true.  Or so I’ve heard.

But I digressed, (I almost never forget about my original point when I head off on a tangent) Barrel was a St. Bernard puppy.  Far from being a big, happy-go-lucky puppy, Barrel was quiet, depressed, lethargic, and when I looked at his gums, they were white.  Stark white.  Bone white.  Snow White.  And before he would need a kiss from a handsome Prince (he’s a Golden Retriever in a future story I might tell), I had to do something.  Gums that white would mean a severe lack of red blood cells from either blood loss or cellular destruction.[vc_single_image image=”3841″ alignment=”center”]Despite how serious his condition was, with supportive care and deworming medication he made a full recovery.  He returned to prancing amongst the monk-filled Alps… or so I assume.

The moral of the story is, don’t ever believe everything you see in cartoons.  Also, that you don’t always get those typical loose stool or diarrhea signs that you might expect when your pet has intestinal worms.  So, a yearly fecal exam and monthly anti-parasite medication (found in your regular monthly heartworm preventative, which also controls intestinal parasites) helps keep your pet healthier. – Dr. Jason C. Rivas[vc_single_image image=”3842″ alignment=”center”]