Oh How Soon We Forget 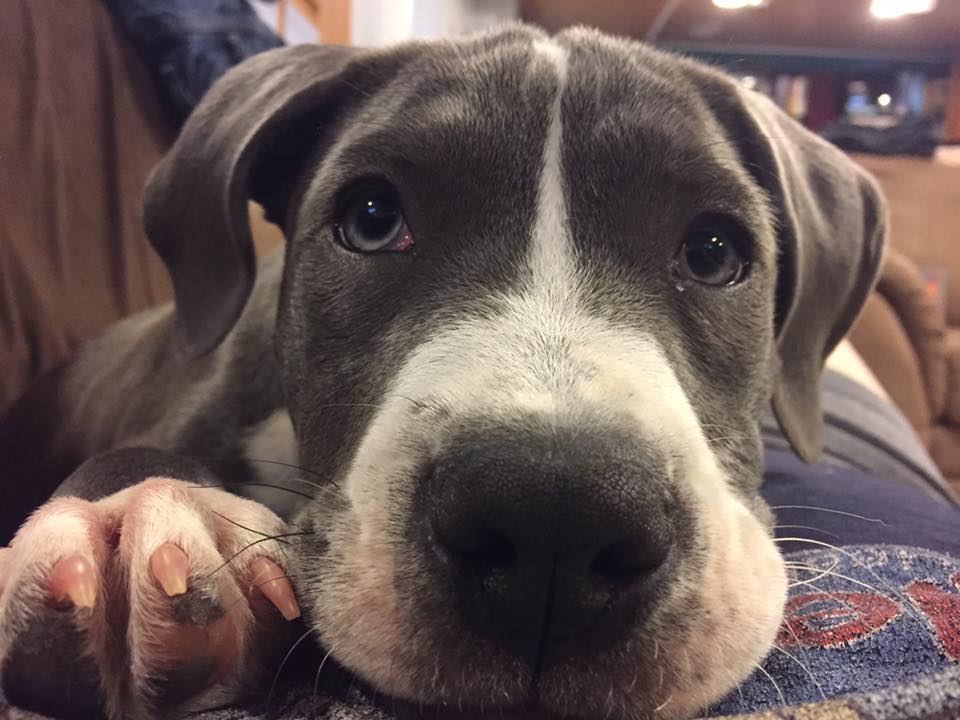 Everybody always forgets what it’s like to have a puppy.  It’s like being one of those particular drivers every Michigan winter seems to forget that it snows, and subsequently, how to drive.  With puppies, you might rationally tell yourself that the puppy is new, young, a baby, inexperienced, needs to be trained.  However, you’re still going to be comparing that new puppy to your old dog.  It’s hard not to do.  You just have to remember to keep telling yourself that a new puppy is a follow-up, not a replacement.

After a little bit of a dogless break after my last guy, I got my little sequel, Frankie.  I wasn’t specifically looking for a new dog (however, my wife was) so it was a bit of a fluke that we ended up with her.

Her mother was a stray that had been found on the street.  She was brought in to be spayed and adopted out herself.  During surgery, it was discovered that she was fairly far along in pregnancy.  So she was sutured closed and allowed to continue to term.  Step one.

Then, all the puppies were adopted.  However, one in particular went to a home where the owner found out his niece was extremely allergic, with a trip to the emergency room.  So, she had to be returned to the rescue, and was available once more.  Step two.

Then, my wife with her endless online dog searching found a dog to adopt!  But not that puppy.  This one was a 4 year old German Shepherd   He was slightly afraid of our two young cats, and extremely disliked me as well.  Which we found out during our trial introductory period.  So, not being able to give him the best situation, we had to return him to the rescue (not to worry, he got a good home shortly thereafter).  Step three.

This rescue that we had tried out, just happened to be the very same one where this little puppy had been returned.  So, already having had our background check (it’s pretty easy to assume a vet would give an animal a good home…) from the first try, we were one step ahead.  Everything was set and it was down to the wire with us and one other family.  Whoever affirmed the adoption first was the new owner.  The call came through on a sunny Saturday afternoon, when we happened to be at an outdoor wedding.  We missed the call.  However, apparently so did the other option, and we returned the call before them.  Step four.

We picked her up, brought her home, and she’s been sleeping at the foot of the bed since day one.  And I did forget that puppies are different than older dogs.  At least initially.  Despite what I said above.  You almost can’t help it.

You forget that you can’t stop watching them for even one minute, because otherwise they chew the cord off your vacuum.  You forget that you have to learn what their potty signals are, because even if they know, they don’t know how to tell you yet.  If not, you’ll go through a bunch of paper towels. You forget that you can’t leave things out like before, because they get into everything and try to eat paper clips they find under the couch.  You forget you trained your last dog to walk on a leash.  To not jump up.  To wait until you’re finished pouring the food in the bowl to start eating.  It can be a really daunting task.

Frankie helped out herself though, by having certain behaviors that just seemed to have been borrowed from my last dog, Strummer.  By being all around just about the cutest and calmest and most well-behaved puppy ever!