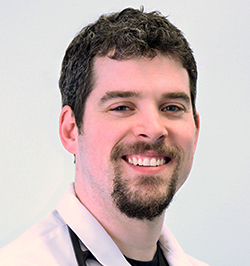 I would like to welcome everyone to Kimball Animal Hospital’s new blog. Here, we’ll be presenting topics, ideas, thoughts, and even some fun; on a regular basis. I’ll start by introducing myself, and providing an abridged history of the hospital, specifically my involvement with it.

Dr. Thomas Kimball opened Kimball Animal Hospital, at the current location in Clawson, at the tail end of 1989. This was the same year I started middle school. Fast forward to 2003, the year I graduated from Michigan State University- College of Veterinary Medicine. After graduation, I worked as a full-time associate doctor at two other veterinary hospitals in the area.

During this time, I moved to Clawson, a great city which I enjoy very much. Eventually I made my way to providing relief veterinary services to various hospitals across Michigan. I would fill in for other hospitals when needed; typically, for vacations, maternity leave, or in-between hiring doctors. Basically, I was a substitute vet. This was my business for almost 7 years, and while I enjoyed it, I did miss the longer term follow-through and relationship that a doctor has with their patients (the pets) and clients (the owners).

In 2008, I started doing relief work for Dr. Kimball. Some of you may remember seeing “the young boy doctor” (and thanks for that, because I’m actually older than my face let’s on), usually in the spring, between April and June.

In 2010, Dr. Kimball came to me with an interest in selling the hospital. At the time, I was definitely not interested in being a hospital owner, but I did listen to his offer. Other hospital purchase offers came in as well. With all the baby-boomer generation veterinarians retiring, they were looking for younger doctors to purchase their existing practices. After a couple more years, I began thinking that purchasing a hospital would be the next step in my veterinary career. It would be nice to put down practicing roots, staying at one location, and interacting and forming bonds with the same clients and patients for a longer period of time. As well as, managing the quality standards of medicine and care; and being an investment for myself and my family.

Then Dr. Kimball’s associate veterinarian left the hospital in 2012. He was in need of not only a new associate, but also future owner. Realizing my own interest in buying a hospital, I thought what better one than right down the road from me in the city where I live, where I already new many great clients. So, I took the position, with the knowledge that it would lead to being an owner eventually.

Dr. Kimball and I shared Wednesdays and Saturdays, and he took of each Friday. After a short while, he began heading home in the early afternoon, perhaps prepping himself for his upcoming retirement. I called it “pre-tired”. The original sell date had been in 2015, but that was moved up relatively quickly to 2014.

Dr. Kimball had also previously planned to work part-time after I took over ownership. Instead, he went into full retirement. Therefore, I was originally the only doctor at the practice. If you had a tough time getting in, and saw us to be very busy; this was part of the reason. I knew that this situation was not sustainable long term with the growth we were seeing, so I hired Dr. Hill in October of 2014; who I feel is a wonderful addition. This was just the first step for the future of constant improvements for all involved; the clients, patients, and staff. I look forward to continuing to provide the services that are wanted and needed in a relaxed and friendly atmosphere.

That being said, I am very pleased to bring education, information, and fun to this new online feature of Kimball Animal Hospital. Feel free to ask questions or suggest a topic about which you would like to learn more.